The exhibit hall inside the Andrew J. Conner Nature Center at Asbury Woods is home to 27 animals and a bee colony, all of which are used for educational activities for visiting school groups, summer camps and community programs.

The animals play an integral part in helping us fulfill our mission to inspire a greater sense of environmental awareness, sustainability and stewardship. The exhibit animals are often the gateway into learning experiences that highlight species native to our state and region, the natural food sources those animals need to survive in the wild, and the role we each can play in protecting natural spaces where animals and humans can both thrive. 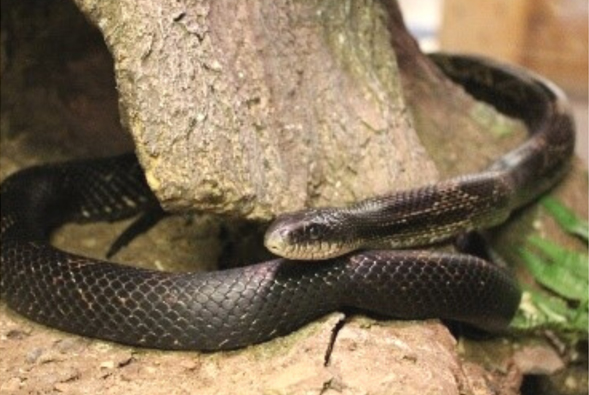 Scientific Name: Pantherophis obsoletus
Adult black rat snakes are black with a white chin and stomach and may grow 4 – 7 feet long.  Snakelets and juveniles have gray and black striping. They are found both on the ground and in trees in forest, field, and edge habitats. Their diet consists of small rodents, lizards, frogs, and eggs.

Did you know? Rat snakes are non-venomous constrictors. They are gentle, and only bite to defend themselves. 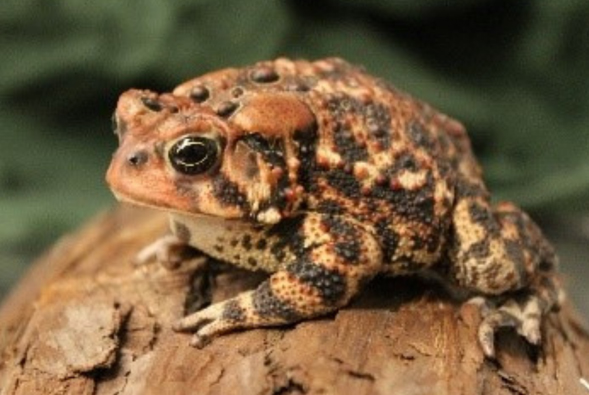 Scientific Name: Hyla versicolor
Adults have short legs and stout, round bodies. They can be 2 – 4 inches in length with rough and bumpy skin. They are brown, black, white, orange, and tan, with the underside being lighter. Toads live in forest and edge habitats and feast on diets of insects and small animals. Toads and frogs are similar, but toads have shorter legs and bumpier skin.

Did you know? American toads have glands that secrete a toxin when they are threatened. 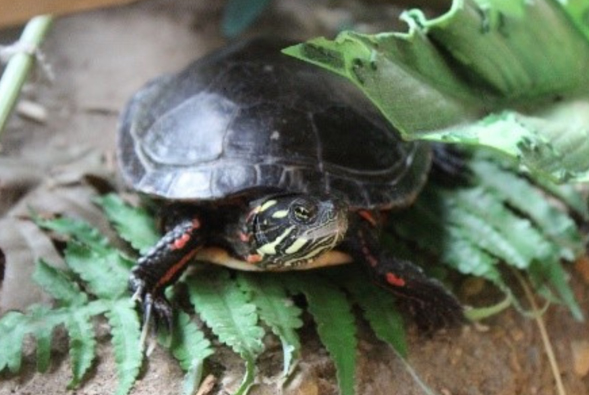 Scientific Name: Chrysemys picta
Painted turtles have a dark, smooth shell and olive to black skin with red, orange, or yellow stripes on their extremities. They are usually around 7 – 8 inches in length. You can typically find these turtles in marshes and slow-moving waterways. They eat vegetation, algae, insects, crustaceans, and fish. 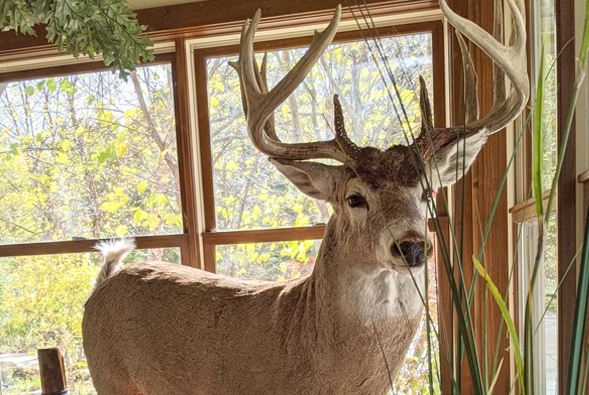 Scientific Name: Odocoileus virginianus
White-tailed deer (like the taxidermied male deer in the corner of the exhibit hall) are named for the white fur on the undersides of their tails that is frequently visible when deer run. Bucks are known for their antlers that are lost and regrown every year. The size of the antlers is determined by age, genetics, and nutrition of each individual deer.

Did you know? White-tailed deer have been clocked running at speeds of up to 47 mph and can jump 9 feet high in the air. 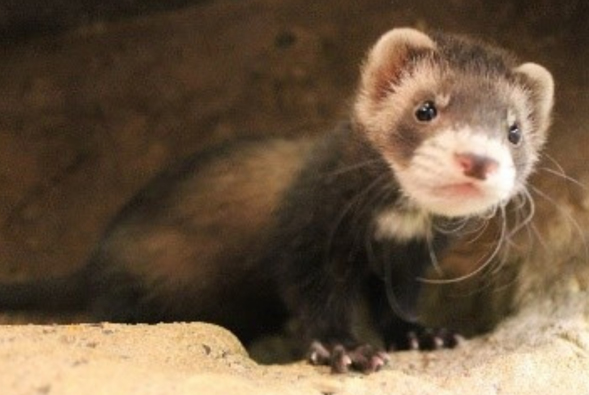 Adults weigh 2.5 – 4 pounds. Ferrets are long-bodied animals with short fur covering their body. Their color patterns can vary among ferrets. Wild ferrets would be found in forests, meadows, and urban areas where they can burrow and dig. They feast on small animals.

This ferret is a domesticated animal at Asbury Woods. Ferrets are close relatives to the Pennsylvania native weasels like minks, otters, long-tailed weasels, fishers, and ermines.

Did you know?  Ferrets use powerful scent glands to mark their territories. 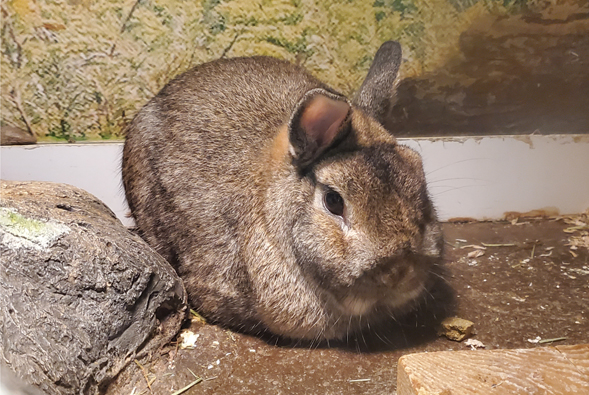 hey have a compact body, large head, short face, short ears, and large eyes. These rabbits can come in several color varieties. They live in captivity and eat fruits, vegetables, hay, and pellets.

This rabbit is a domesticated animal at Asbury Woods. His species lives in captivity, but is close in appearance to the eastern cottontail, a native rabbit species in Pennsylvania.

Did you know?  The Netherland dwarf rabbit is a true dwarf, which means they carry the dwarf gene.